Everyone knows Star Trek. Even if they don’t watch it, they know it.

Star Trek has been around since September 8, 1966. At forty-seven years old Star Trek is one year younger than I am. We grew up together. Star Trek and I were best friends.

But we didn’t always get to see each other all the time. Not like today. Today Star Trek is in my house all the time. Star Trek is on demand. I can get online and watch any episode of the original series and most of the other series as well or any of the movies. If the internet goes down I have them on disc. Star Trek is ubiquitous in my life. 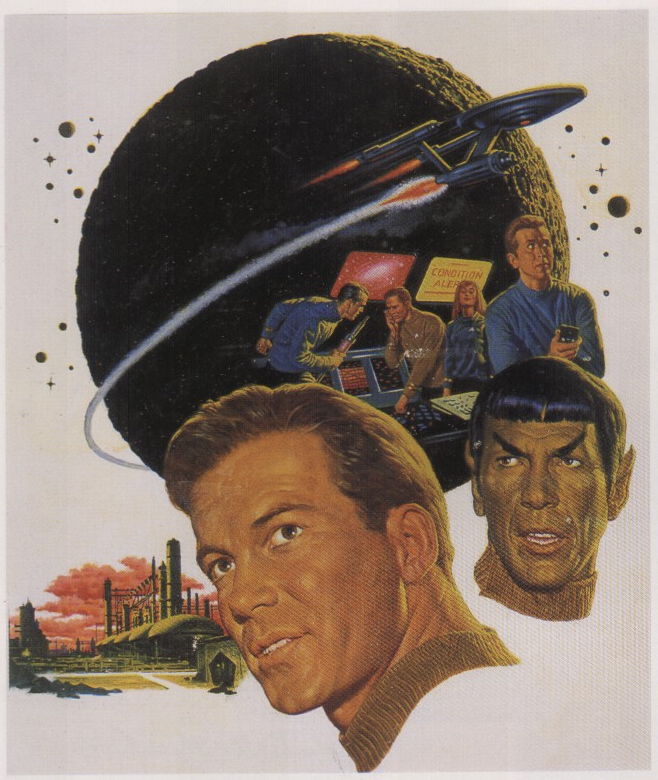 But that was not always the case.

When I was a kid Star Trek didn’t come around regular as clockwork. By the time I discovered it the original run had long since been over and done with. It had been in syndication for a while but had not yet glutted the syndication market. Living in a place with only two channels made finding Star Trek a bit more challenging.

My other passion was, of course, books. I would spend hours scouring the paperback racks at local drug stores and used book stores hoping to find some science fiction novel I’d heard about but never had a chance to read, a Doc Savage paperback to add to my collection, or one of the Star Trek paperbacks.

In 1967 Bantam Books acquired the license to release Star Trek related books. They commissioned acclaimed science fiction author James Blish to write adaptations of the original seventy-nine Star Trek episodes as short stories to be collected together like an anthology. Over eight years Blish adapted the episodes – not always accurately as he was living in England and hadn’t actually seen the episodes. He was working from scripts provided by Paramount. 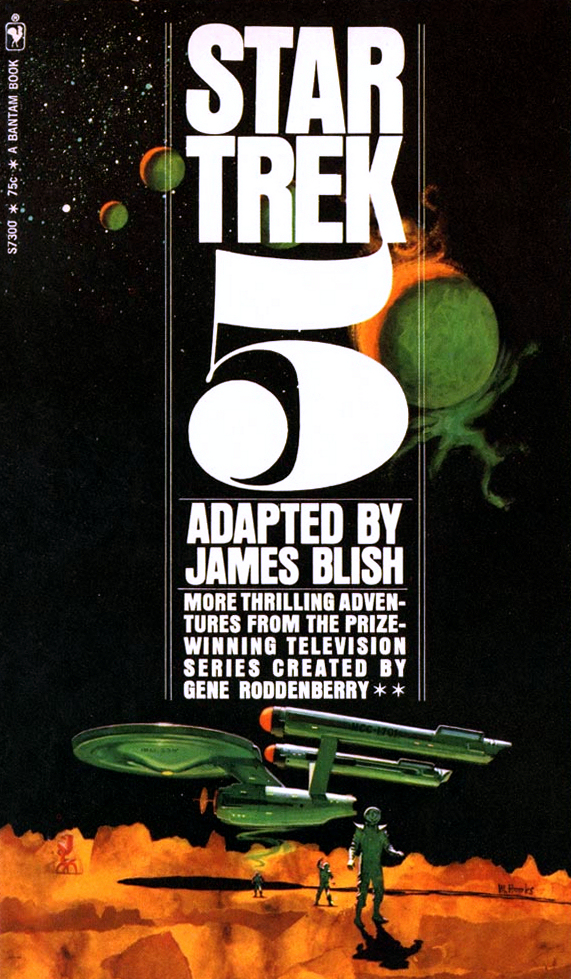 Nevertheless, Blish eventually filled eleven and a half- volumes for Bantam, plus writing the first original Star Trek novel, Spock Must Die, before his death in 1975.

These were the paperbacks that I was so keen to acquire as a youngster. Today most everyone knows what Star Trek looks like. If you try to depict Kirk or Spock on a paperback cover today and they don’t resemble William Shatner or Leonard Nimoy (or, yes even Chris Pine and Zachary Quinto, let`s face it) then you are not doing it right.

But back in 1967 the show had not become the phenomenon that it is today and the covers were produced to fit alongside covers painted for contemporary science fiction paperbacks. The Starship Enterprise is depicted accurately, but rarely were the characters depicted on the covers with the exception of the first volume. 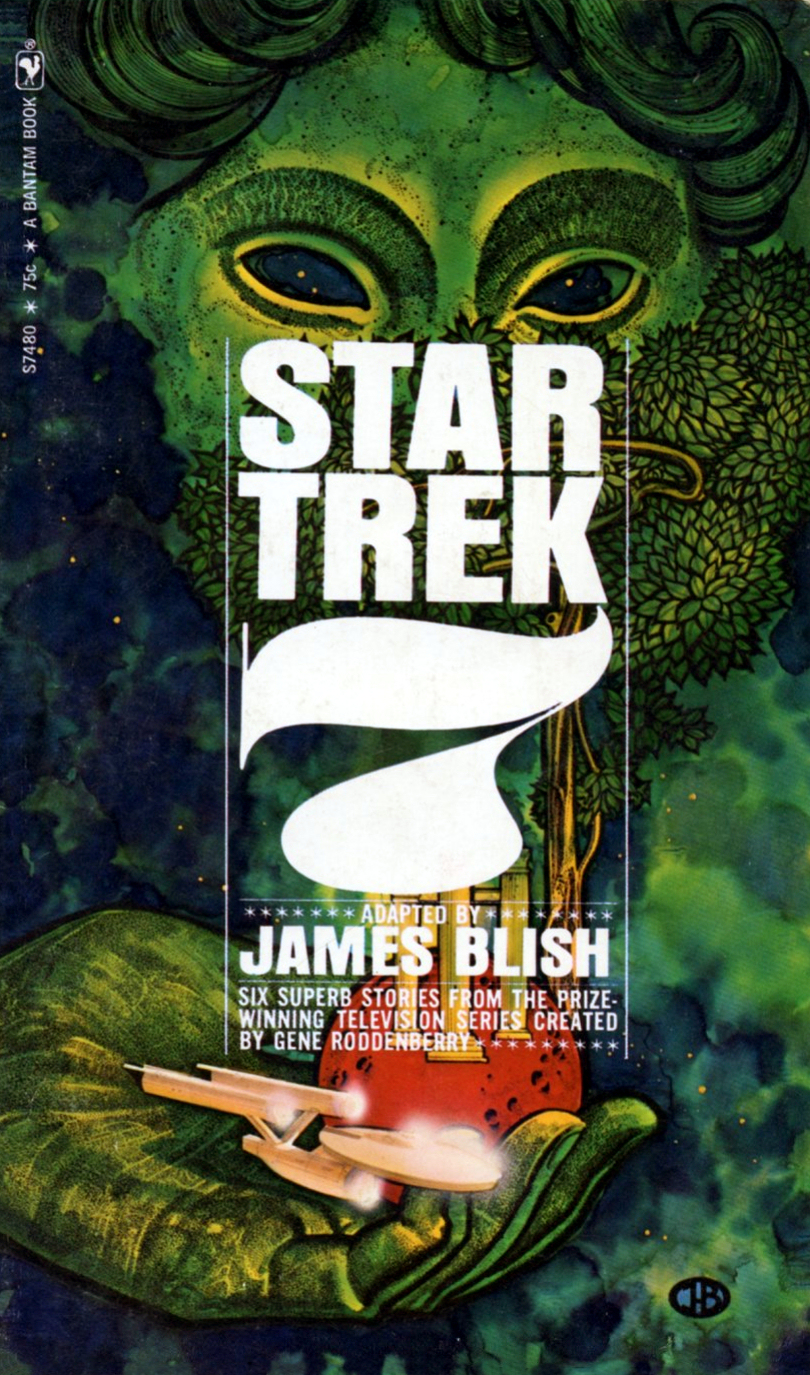 That first cover featured a painting by artist James Bama, the artist behind the Doc Savage “torn shirt” look (which I wrote about in an earlier post). The artwork was originally commissioned in 1966 as a promotional piece by NBC to get viewers interested in this new show in their upcoming season. Bama painted an accurate rendition of William Shatner and Leonard Nimoy as well as elements from the second pilot episode “Where No Man Has Gone Before”.

Subsequent paperback covers featured depictions of the Enterprise among the stars.Artist such as Lou Feck, Eddie Jones (painting as S. Fantoni) and Mitchell Hooks. These paintings were clearly executed by artists who had probably not actually seen the show. The Enterprise is rendered accurately as are some of the uniforms but other details – space helmets, weapons, etc. – seem to be made up. The covers are beautifully rendered but they seem to have a hard-core science fiction feel that was more like the science fiction paperbacks of the time than the actual show. 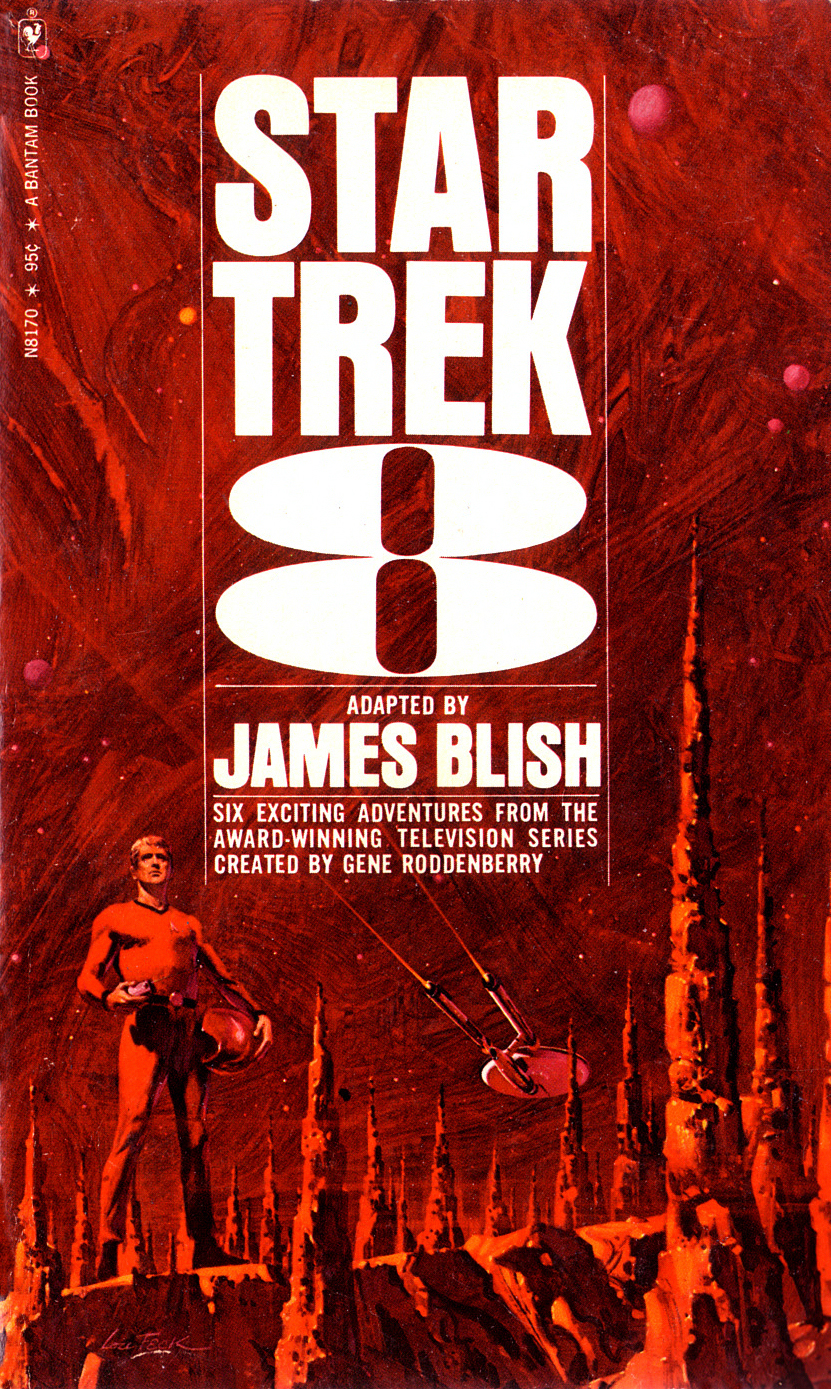 Of course, none of that mattered for us fledgling Star Trek addicts. What mattered was that it was Star Trek and when you couldn’t find episodes being screened on your local television stations, these paperbacks were the next best thing. I eventually managed to collect all of them as, I suspect, did most Star Trek fans at that time.

Sadly they are long since gone from my own collection. They managed to find their way (unbeknownst to me) into various garage sales over the years, completing some other Star Trek enthusiast’s collection.

Despite the fact that Star Trek is available to me everywhere and at any time, and that there are now more Star Trek novels on the shelves of my local bookstores than I have the time or inclination to read, I still have a real fondness for those early paperbacks and their exciting covers.