Rogue stars are fascinating objects, even though a certain confusion exists about what they are and the way they can interact with our solar system. And SF, while contributing to their popularity, has made things even worse 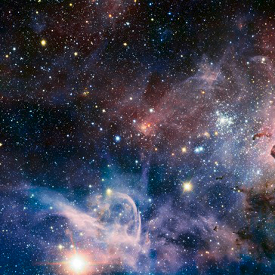 Rogue stars are fascinating objects, even though a certain confusion exists about what they are and the way they can interact with our solar system. And SF, while contributing to their popularity, has made things even worse. A rogue star is, technically speaking, a star that has escaped the gravitational pull of its home galaxy. Also called runaway or hypervelocity stars, they were predicted to exist at least since 1988 and they have finally being found a few years ago. More recently, astronomers have actually discovered about 700 of them in the outskirts of our own galaxy, hurtling away from it at speeds that exceed the Milky Way’s gravitational grasp. Why does it happen? According to the dominant theory, they have been thrown out by the massive black hole at the centre of our galaxy, and a few of them seem well on their way to actually leave the Milky Way, heading toward the intergalactic void. Some of these runaway stars look even weirder than the rest, like the one identified as HE 0437-5439, whose young age – 35 million years only – is at odds with what the theory predicts.

Can these stars represent any real danger to our system? Astronomers don’t believe so, but fiction writers have different ideas in merit, and rogue stars have such a fancy name. So, they make for a popular subject. A good (old) story still worth mentioning is the 1897 H.G Wells’ The Star, in which a rogue star almost destroys Earth. A few inconsistencies in its mathematical foundations don’t spoil its charm.

Two successive novels, both titled Rogue Star, cover themes somehow different, far away from Wells’ story and from the dull reality of astrophysics. The first one, written in 1969 by Pohl and Williamson, described the unlikely love between a god-like, sentient celestial body and a human girl. The other, published a few years later (1998) by Michael Flynn is somehow more classical space opera and portraits Earth-threatening asteroids. Not really stars, then. Another Rogue Star story, this time by Murray Leinster, and included in the collection Twists in Time (1960), is instead closer to H.G. Wells scenario.

Finally, in Asimov’s Nemesis, one of his last books written in 1989, a (rogue) star called Nemesis is threatening to destabilise the gravity in the Solar System with dire consequences. (Incidentally: a star call Nemesis has its own, special story mixed up with UFOs and Mayan Calendars. See this one.) The doomsday’s plot is clearly a favourite in the genre, and many other rogue, outer space objects menacing humanity have received attention and coverage, might them be planets as in Leiber’s The Wanderer, or the comet of Lucifer’s Hammer by Pournelle and Niven.  And, while we can safely say rogue stars are not going to create troubles to our Earth, rogue asteroids are a different story and can indeed wreak havoc. 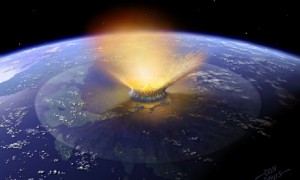 Haven’t they contributed to the extinction of the dinosaurs 66 million of years ago? And a few of them actually fly quite close to our planet every year, like the one nicknamed “the Beast” that has crossed Earth’s path earlier this year.

(You want a demonstration? Watch this: http://www.space.com/26114-asteroid-to-fly-by-earth-could-be-half-mile-wide-orbit-animation.html)

There’s no need for concern though. NASA have already plans to deal with any rocky visitor coming too near for our own comfort. Very interesting plans, I have to add. But this is going to be another post.

Book Review: They Say the Sirens Left the Seas

With my schedule pressing in on me from all sides, I decided this was a good time to share some more photos from the 71st Worldcon. LoneStarCon 3 was filled with amazing fans and dazzling stars. All photos were taken by Shawn McConnell. Hope you enjoy these LoneStarCon 3 photos.

How The Immortal Hydra Regenerates Itself

Meme Me Up, Scotty