The Morning Star Award and Jinkang Award are actually two awards, of the same competitors, organized by the same organization. The Morning Star Award operates more like a contest, calling for flash fiction, short stories, novellas and novels from all over the country. Everyone can submit their works, as many as they want. The judging panel will choose the nominees. Readers’ votes and the judging panel’s grading both influence the short list and decide the final winner. The Jinkang Award is selected from the nominees by Wang Jinkang on his own preference. As you can see, the award is named after the respectable Chinese science fiction author who has been dedicated to sf writing for more than 20 years.

The Morning Star & Jinkang Award is organized and funded by SGF (Science & Fantasy Growth Foundation), the first non-profit fund foundation focusing on science fiction literature in China. Apart from the money given to the finalists and winners, the foundation also sponsors 15 novels with an extra 10,000 RMB for each author. This year, a total of 250,000 RMB was given out.

Invited by the SGF, I attended the award ceremony of 1st Morning Star & Jinkang Award in Shenzhen on Dec 12. A series of events were organized around the ceremony itself as always. 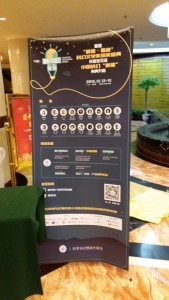 [Registration at the hotel]

On the morning of Dec 12, the book launch of Zhang Ran’s 1st short fiction collection, Where the Wind Starts, was held in Nanshan Book Store. In addition to being a shining star of Chinese sf in recent years, Zhang Ran also acts as one of the fund promoters. He talked about his own writing and future plans. Shenzhen was also the 5th stop of the book tour of He Xi’s first novel, Dooms Year. While He Xi is famous for his short story writing, his first novel won great public attention, as well. Editor-in-chief of Science Fiction World, China’s largest sf magazine, Yao Haijun also joined the talk. Afterwards, Zhang Ran and He Xi started the book signing. A Que, a young yet prestigious writer who had recently published his first collection, Tranvel with My Dear Andriod, also joined the signing session. 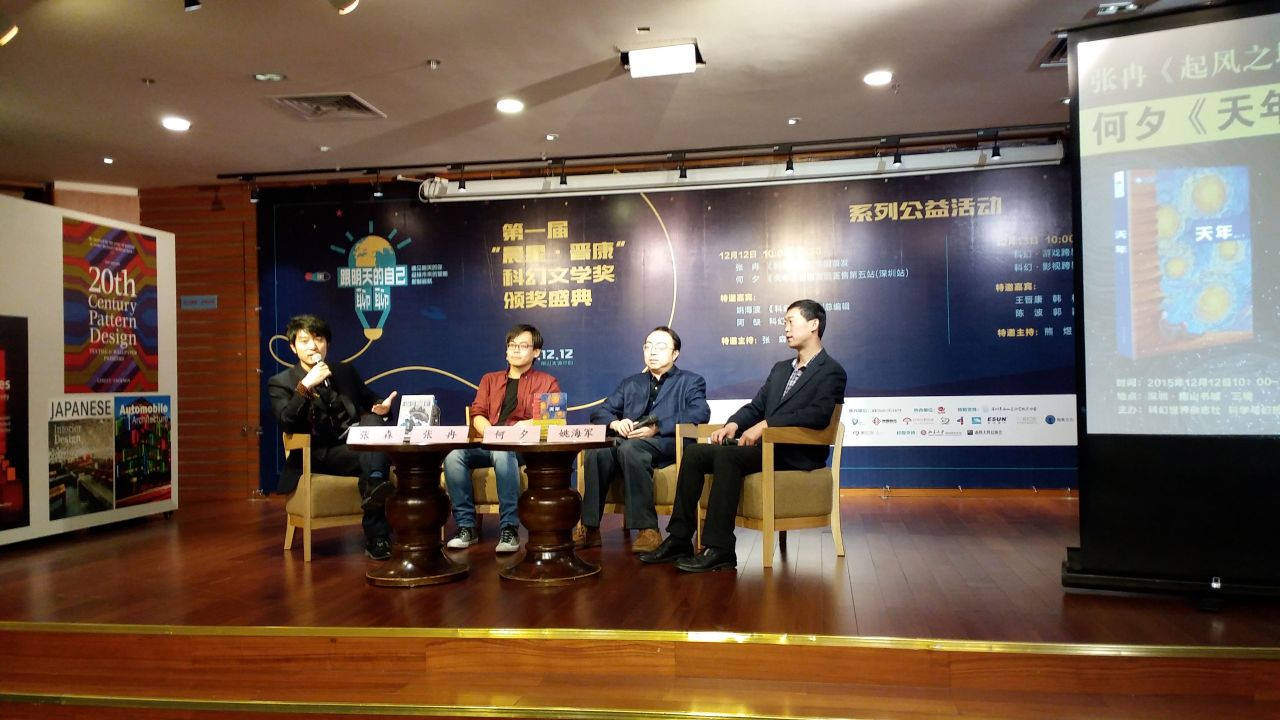 In the afternoon, another larger signing session was organized. At the same time, a series of readings took place. Mo Xiong, Bao Shu, Wang Jin Kang, Liang Qingsan, Zhang Ran and A Que read excerpts of their works and communicated with the fans.

The Award Ceremony in the evening was modest yet interesting. 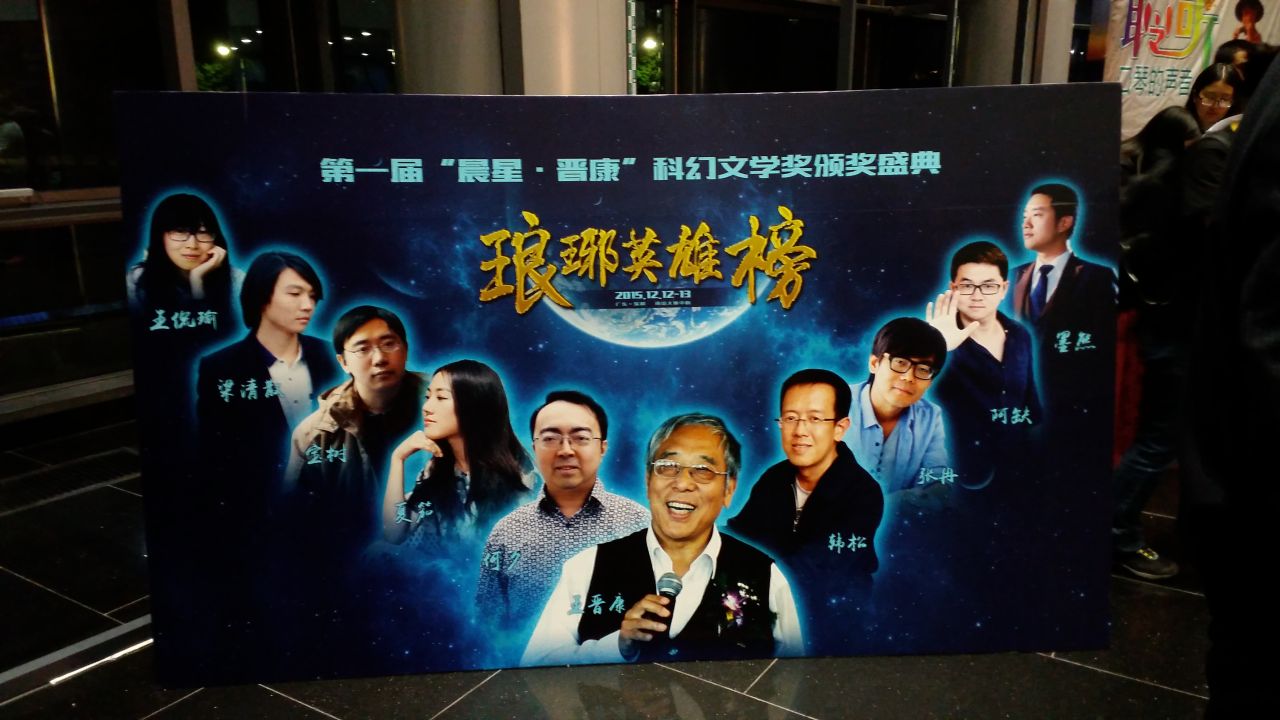 Zhang Ran and Mo Xiong, the 2 young sf writers fought with Lightsabers on the stage to unveil the curtain of the ceremony. 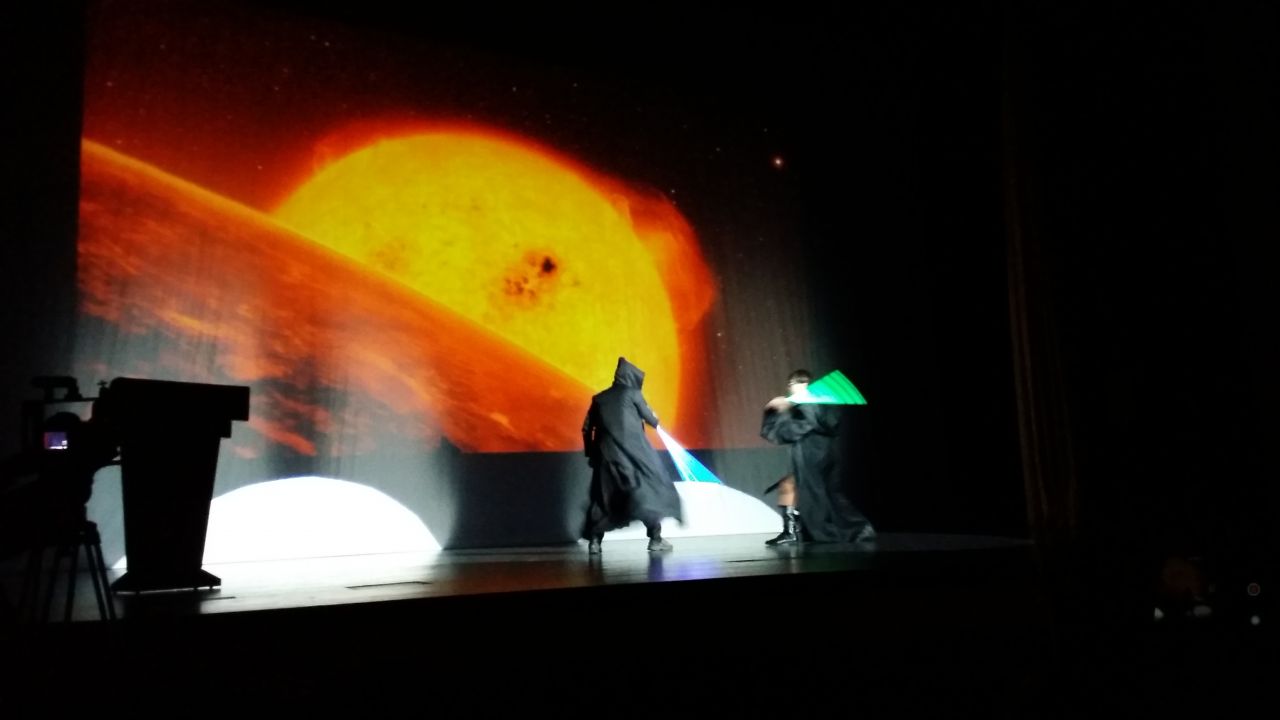 All the awards were awarded, except for the vacancy of the Best Novel. 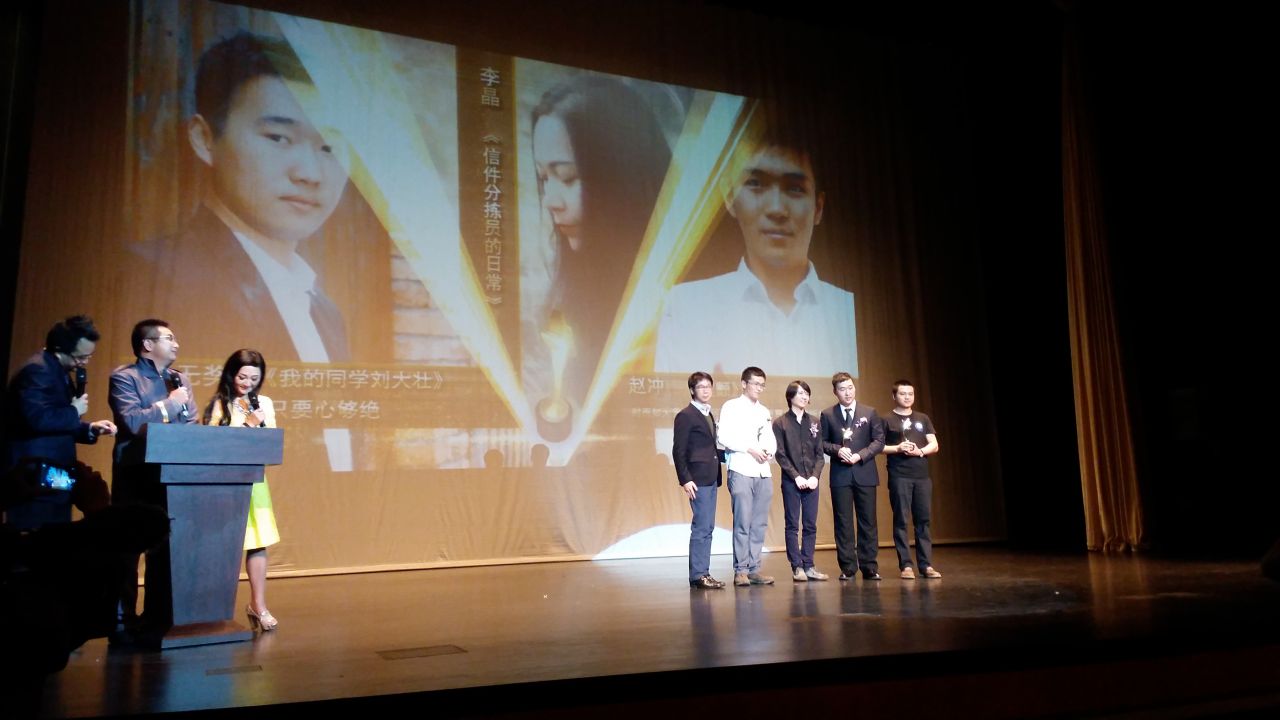 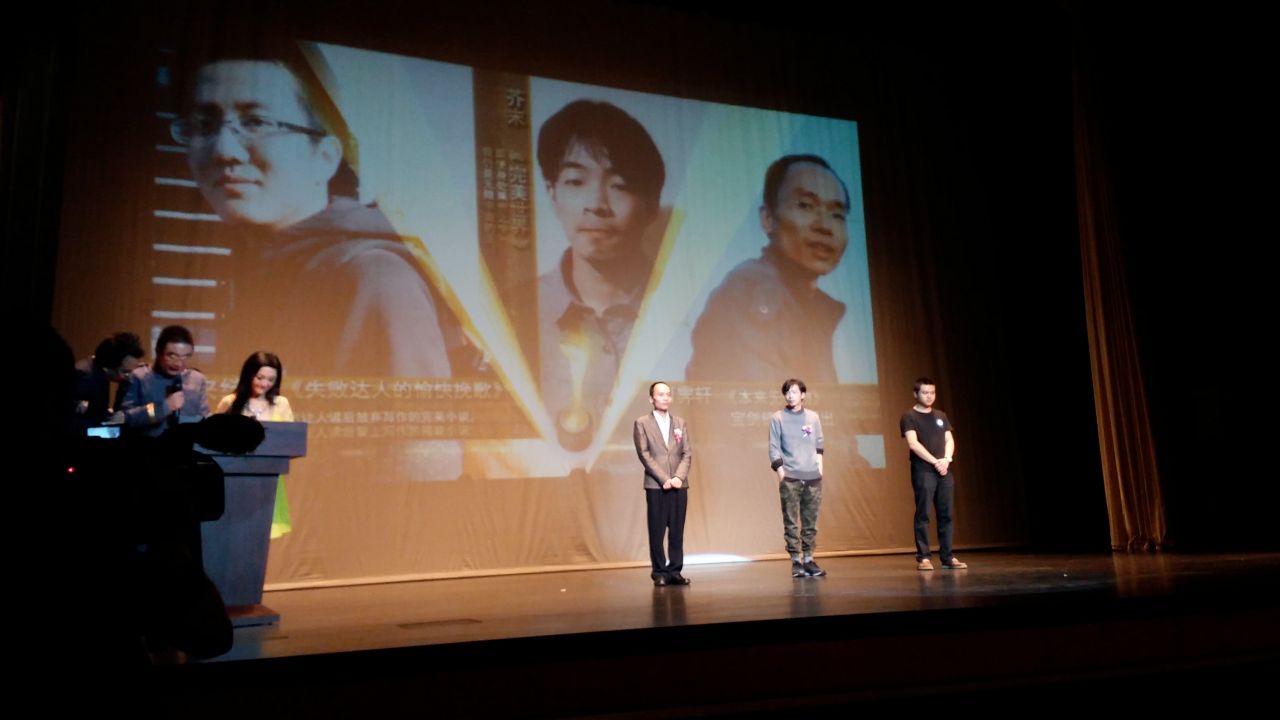 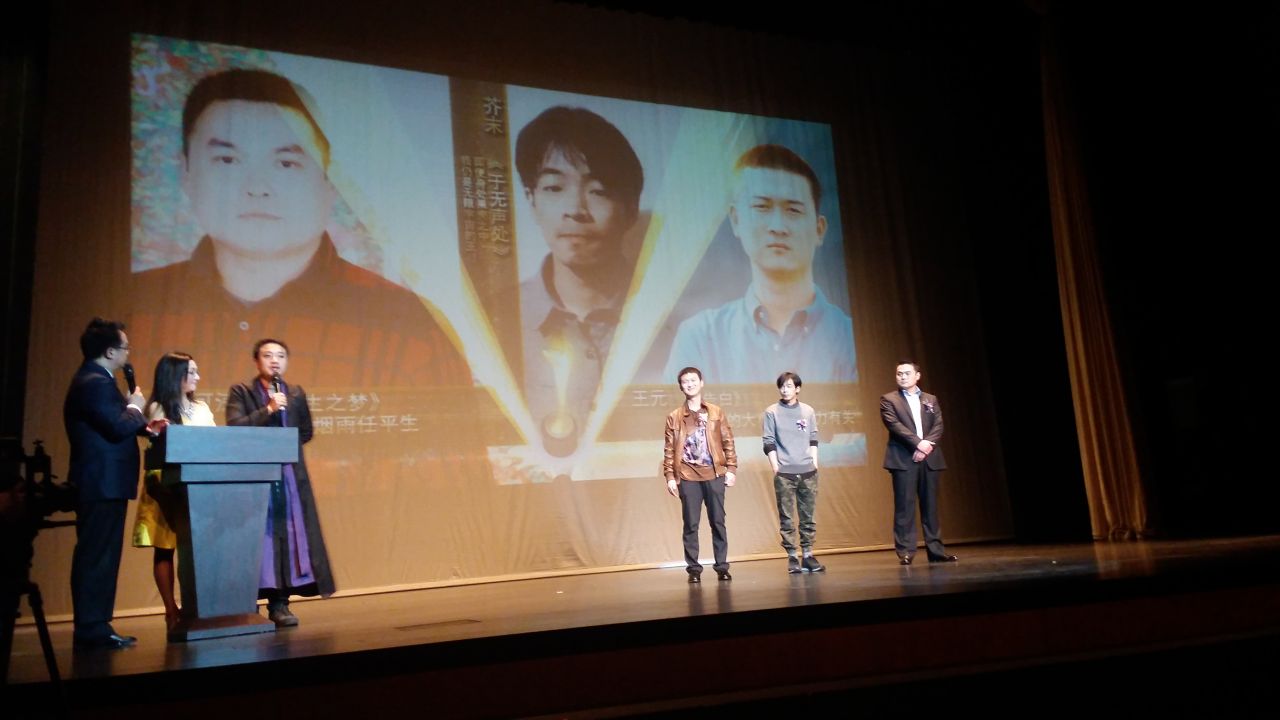 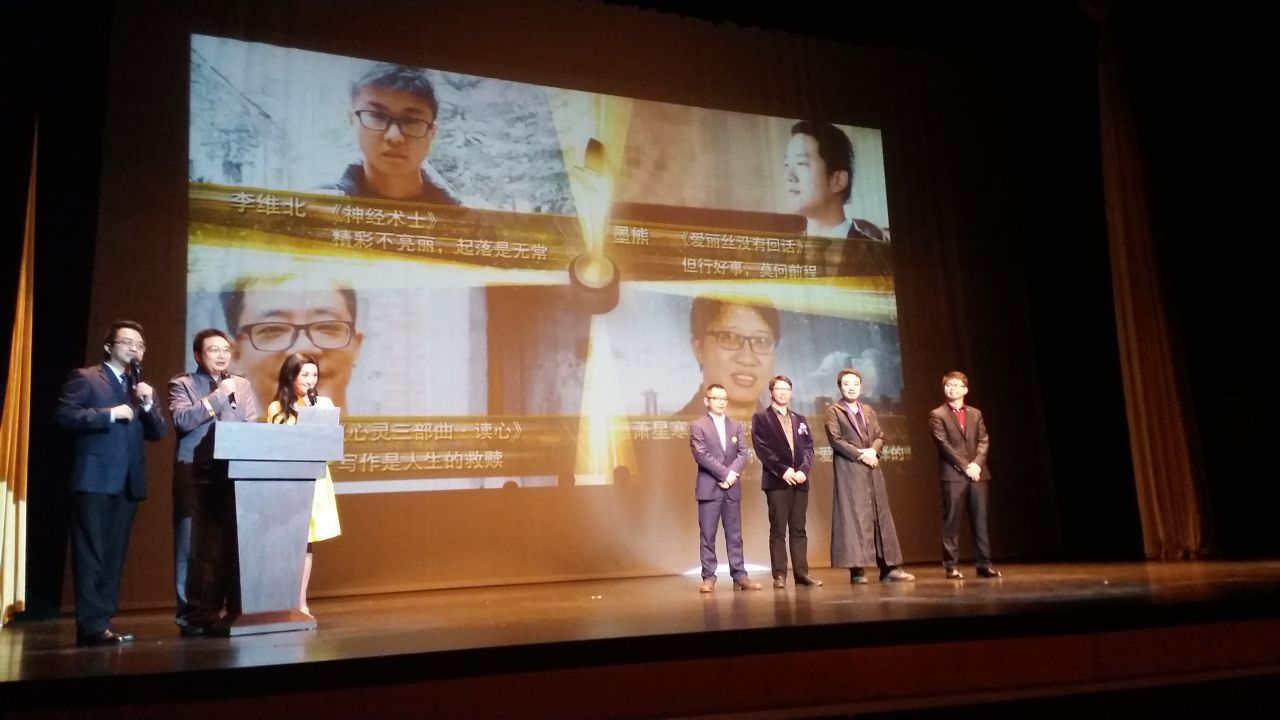 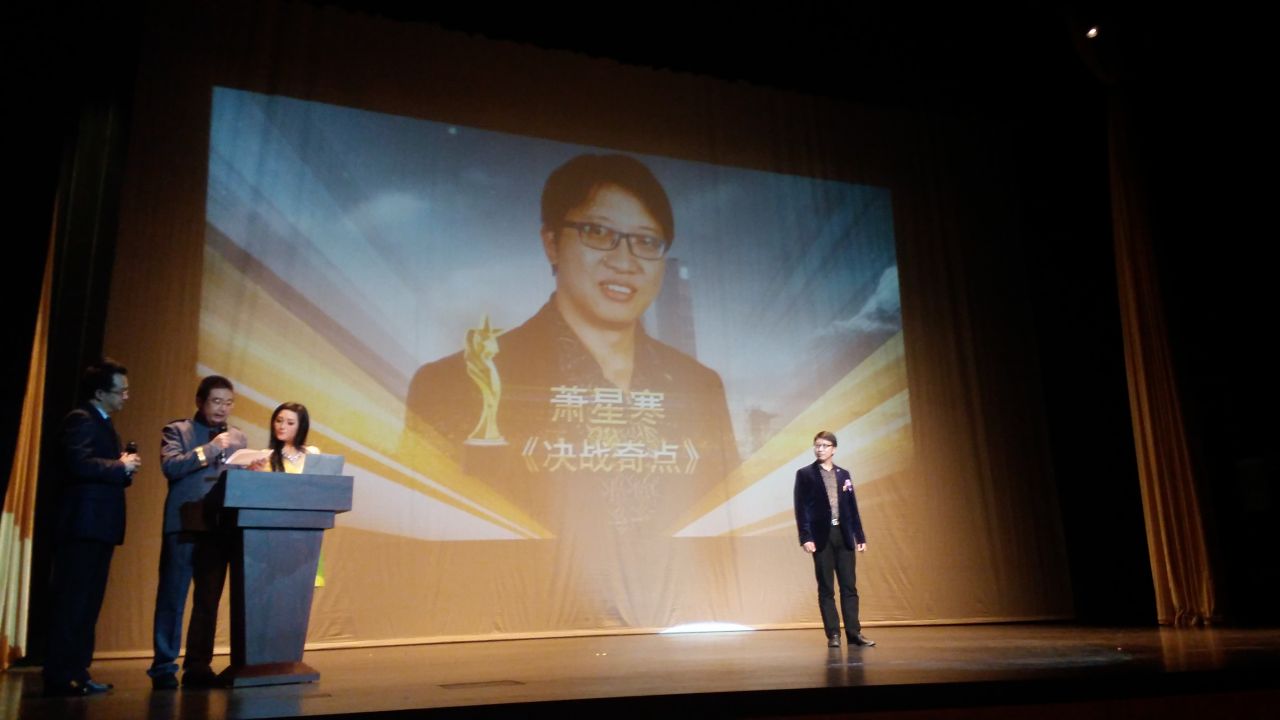 Zhang Ran related that the Award received 57 novels, 33 novellas, 57 short stories and 61 flash fictions this year, written by more than 150 people. It was quite an impressive number for a new award. He also announced the plans for SGF for next year, including activities such as SF Running, SF Education and of course the 2nd Morning Star & Jinkang Award. 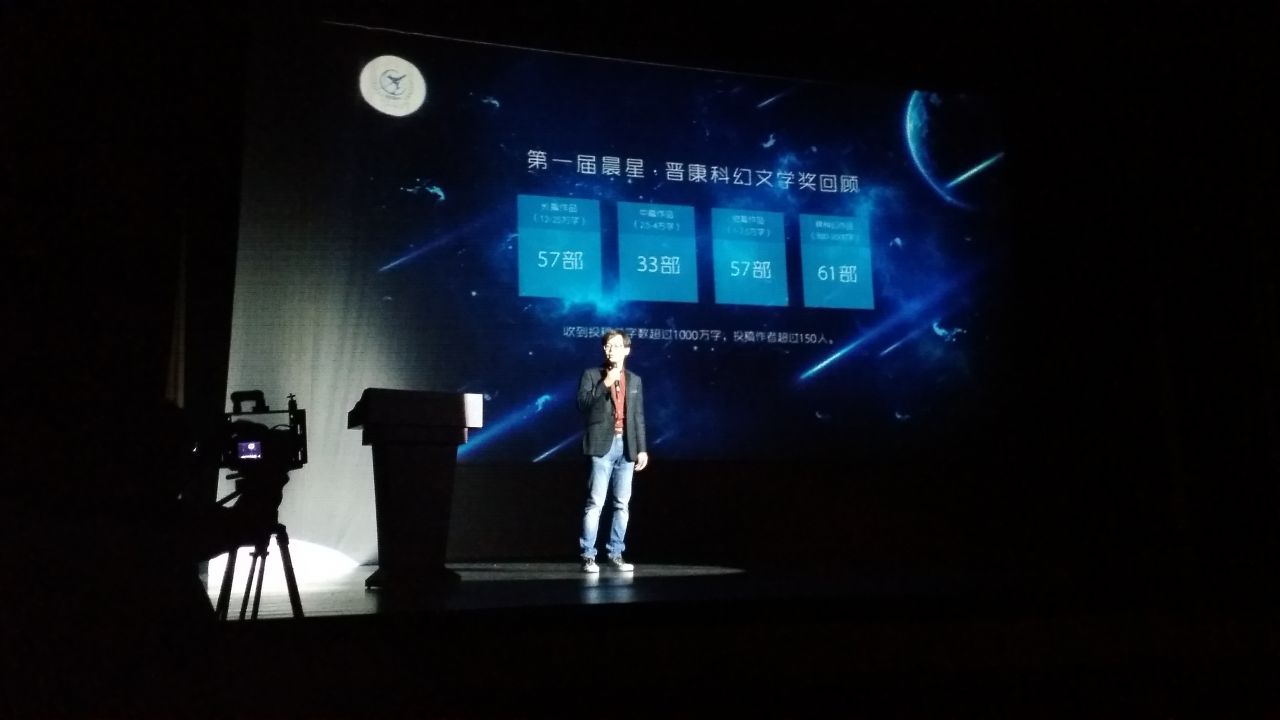 Dec 12 was also Zhang Ran’s birthday, so everyone gathered at the roadside barbeque to drink and eat and celebrate his happy moment. This is always the most important part of a Chinese SF event. 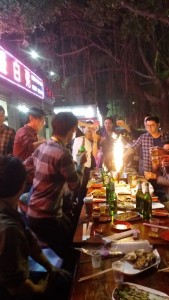 On Dec 13, 2 panels were held in the morning, both moderated by Zhang Ran. The first one was about Science fiction and Electronic Games. SF writers Han Song and Xia Jia talked with Chen Bo, illustrator of World of Warcraft and other game industry practitioners. 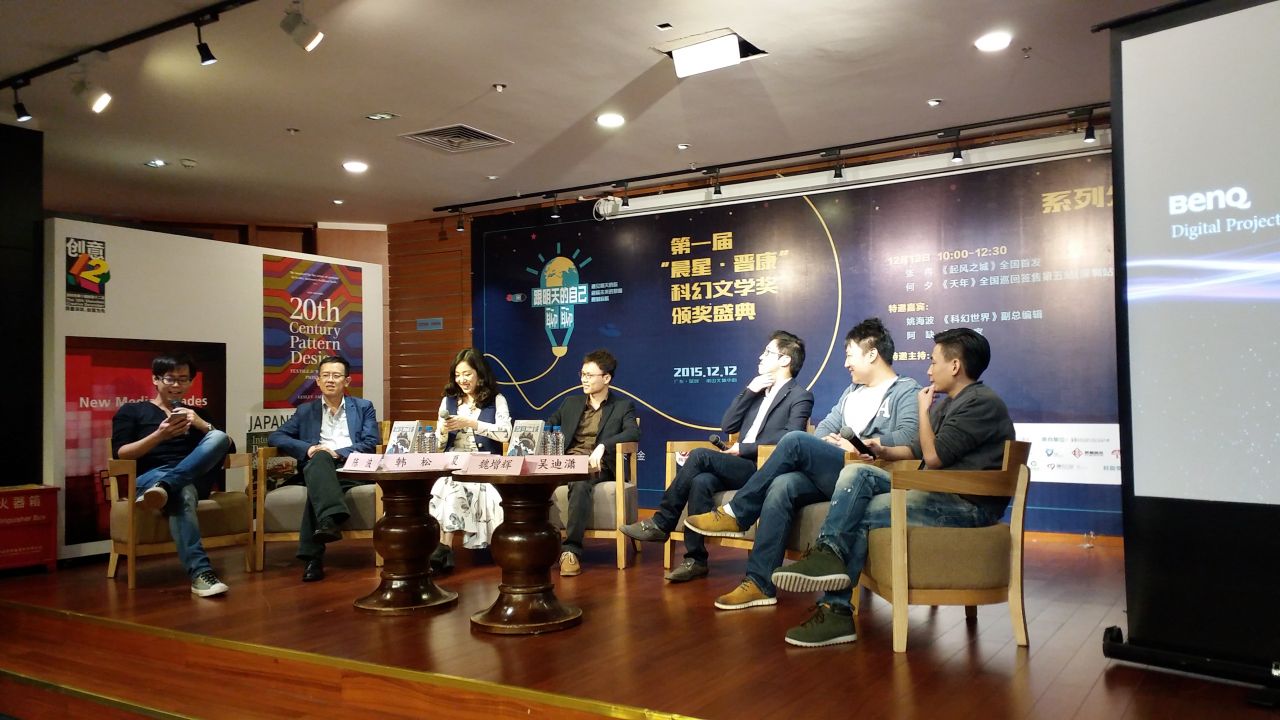 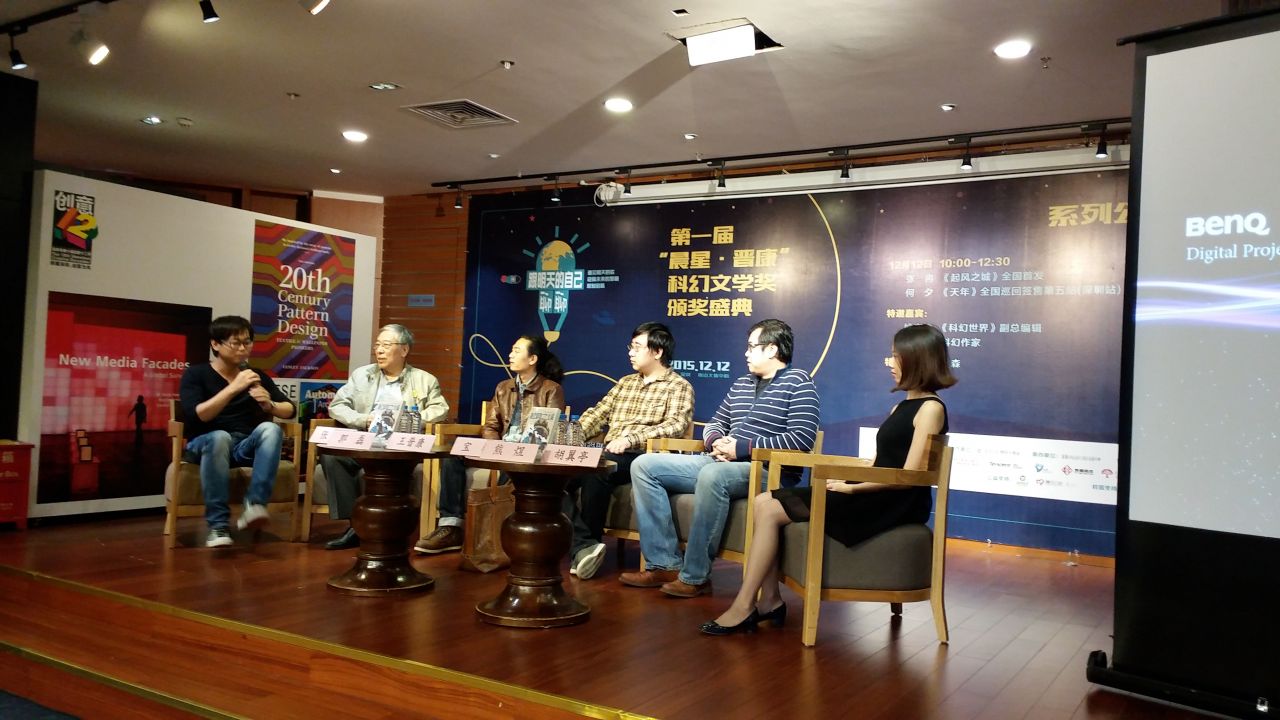 Two more seminars were held at universities in Shenzhen, but I had to leave after the most tasty beef hotpot I have eaten. Great food and a great event, I will definitely come to Shenzhen for the 2nd Morning Star & Jinkang Award again!